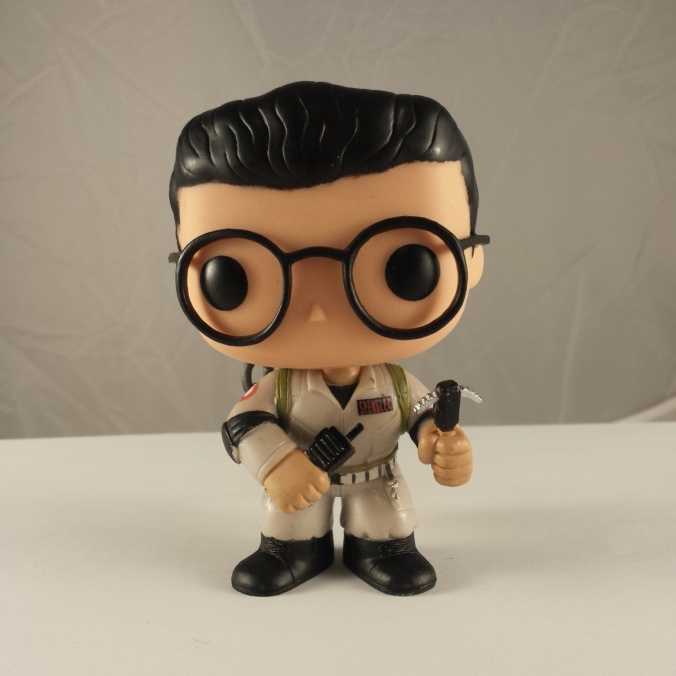 Welcome to the first post of what will be an ongoing series involving my favorite new toy company, Funko. The toy maker is known for its line of vinyl Pop! dolls, which now exist for just about every movie and television show ever (except for Indiana Jones, much to the chagrin of my friend and toy consultant Jack), with more properties being released all the time. Each week, I will post a picture of one of the many in my collection, with a blurb, quotes, a story or some other bit of information about these fun, highly collectible (and affordable) toys.

Funko released Pop! vinyl dolls for the Ghostbusters in 2014, to commemorate the 30th anniversary of the first of the two movies. This one of Egon Spengler should remind you of the time he tried to drill a hole through his head, and that it would have worked if you hadn’t stopped him. Sadly, we lost Harold Ramis to a rare inflammatory disease earlier last year. Rest in peace, Egon. You will always be missed.