On Friday, January 13th, 2017 – the luckiest of all days – a new brewery will open its doors in the town that I used to call home. Nestled in the heart of the industrial park in Lakewood, New Jersey, Icarus Brewing Company will bring about the free flow of lovingly-brewed beer to the local masses. Everyone has heard the oft-cited chant “location, location, location!” in relation to business planning, and Icarus Brewing has not only heard it, but has taken it to heart. In a brilliant act of positioning, the brewery has set up shop in one of the world’s largest industrial parks, creating a perfect spot for an after-work pint for the park’s thousands of employees. Also just a stone’s throw away from towns such as Brick and Toms River, and seated right near an entrance to the Garden State Parkway, Icarus Brewing’s home base makes for a convenient draw for not only the beer-loving denizens of the Jersey Shore, but also for those from further-off lands.

On one fateful December day, I received a message from Spence Blazak, the head of sales and marketing for Icarus Brewing, inviting me to come to the brewery for a pre-opening sneak peak at the set-up, and to ultimately write a piece on its upcoming grand opening for The No Seatbelt Blog. Honored, I gleefully accepted the invitation. Fast-forward to a snowy Saturday morning a couple weeks later, and I made the trek up to my old stomping grounds for a preview of the brand-new brewhouse.

Icarus Brewing’s first-ever keg, as per Blazak, pictured above.

There was much to discuss with Point Pleasant native and fellow Rutgers graduate Blazak that morning – everything from how the brewery was named to how it plans to always keep its heart local as it eventually expands – and even a little something to drink, straight from the source. Blazak’s creative wheels are always speeding towards the horizon – there is constantly a new idea for a beer name, an imaginative suggestion about the brewery’s aesthetic, or even a thought on an Oscar-worthy movie emerging from his active mind – providing for vastly interesting conversation. He explained that the brewery was named after the Greek legend of Icarus, an unfortunate fellow who, despite warnings to the contrary from his father Daedalus, flew too close to the sun with wings made only of feathers and wax. In keeping with that theme of taking chances and embracing danger despite the naysayers (as wise as they may be), the brewery’s name and mission wax poetic. As the legend goes, things did not end up so well for our Greek hero, but for Icarus Brewing, the future is most certainly more promising. 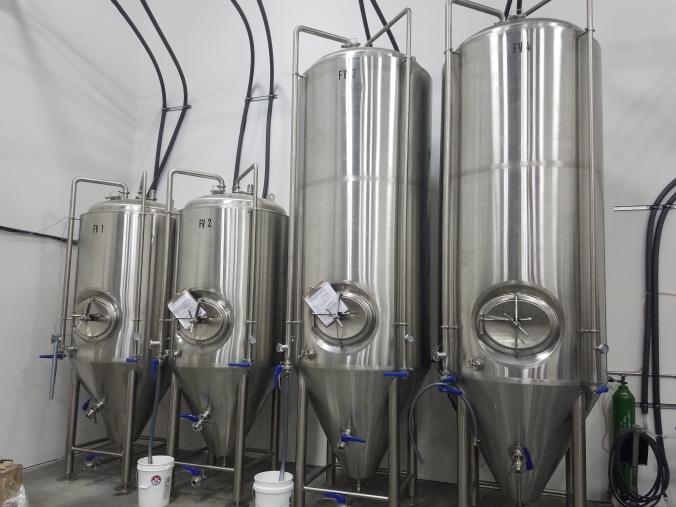 Where the proverbial magic happens, pictured above.

The business-savvy Blazak laid out the brewery’s plans for getting its beer into local bars, ideas for merchandising, the symbolism behind the Icarus feather (which can be found on the brewery’s logo and carved en masse into the tasting room bar top, and was even the inspiration for the Icarus Brewing tap handles you’ll see in your local watering hole), as well as the process behind naming its brews. The latter is always an interesting concept in the realm of craft beer – brewers often dub their beers with wild, eye-catching, and humorous names in hopes that on the strength of the moniker alone, the bottles and cans would fly off the shelves. Blazak confessed that for Icarus Brewing, the naming scheme relies on brainstorming, pre-cooked titles that will jump off the label, and sometimes naming a beer only after it has been brewed and sampled.

The wall mural in the brewing area, uniting beer and legend, pictured above.

Enthralled by the conversation with Blazak, little did I know that head brewer Jason Goldstein would arrive on site during my visit, and the ensuing chat only deepened my excitement and appreciation for the newborn brewery. When it comes to brewing, Goldstein, who managed Toms River, New Jersey brewery Rinn Duin for two years, is as learned as they come. Goldstein discussed his travels in Europe, where he honed his craft, as well as how he earned degrees and certifications in brewing over the years. His overall method consists of a combination of know-how and finesse, with some help from technology that allows him to monitor crucial brewing metrics while he’s away from the base. Yes, there’s an app for that. Goldstein is passionate about brewing, and to that end is dedicated to consistency and to delivering a dignified product that bears all evidence of the pains that went into its creation. Despite his unfathomable knowledge of brewing technology and processes, he remains grounded, and is ready to create a well-rounded slate of beers for locals of all palates.

The bar top in the tasting room of Icarus Brewing, pictured above.

Those palates will undoubtedly be satisfied by the fare at Icarus Brewing, and that confidence is born from early first-hand experience. Besides, what would a brewery tour be without a taste-test of what’s on tap? That morning, Icarus had two of its beers ready for sampling – Yukon Cornelius Coffee Porter, and Don’t Panic Pale Ale. The former, which was already on tap in the brewing area, was a knockout. Balance is paramount when it comes to brewing, and Icarus Brewing’s Yukon Cornelius Coffee Porter is a shining example of that notion. Creamy and easy to drink, this dark winter beer lets you know that there is a coffee essence involved, but refrains from beating you over the head with that flavor. The alcohol-by-volume checks in at a reasonable 5%, so it will go down smooth and will leave you standing after a few, quite possibly still wanting more. With coffee and hops united, Icarus Brewing has created an outstanding porter, one that is a perfect go-to for the bone-chilling months that befall New Jersey each year.

The second beer, Don’t Panic Pale Ale, which has since been renamed to the simpler Panic Pale Ale according to the brewery’s Facebook page, was another highly-drinkable offering. Not even on tap yet at the time, but rather straight out of the chiller, Panic Pale Ale is an even-tempered brew that perfectly balances a formidable hoppiness with the presence of tropical fruits, all against a malty backdrop. Again, the brewery’s aim, to steer clear of overpowering ingredients and gimmicks, resounds with Panic Pale Ale, as the varied hop profile and tropical fruits – namely papaya – readily compliment one another. With only a 5.5% alcohol-by-volume, Panic Pale Ale lends itself to being an all-day or all-night choice, and unlike many other pale ales, it keeps the bitterness at bay with an oatmeal base and fruity character. The powerful link between taste buds and the mind conjures up thoughts of spring and summer with this hazy, yet sunny brew. 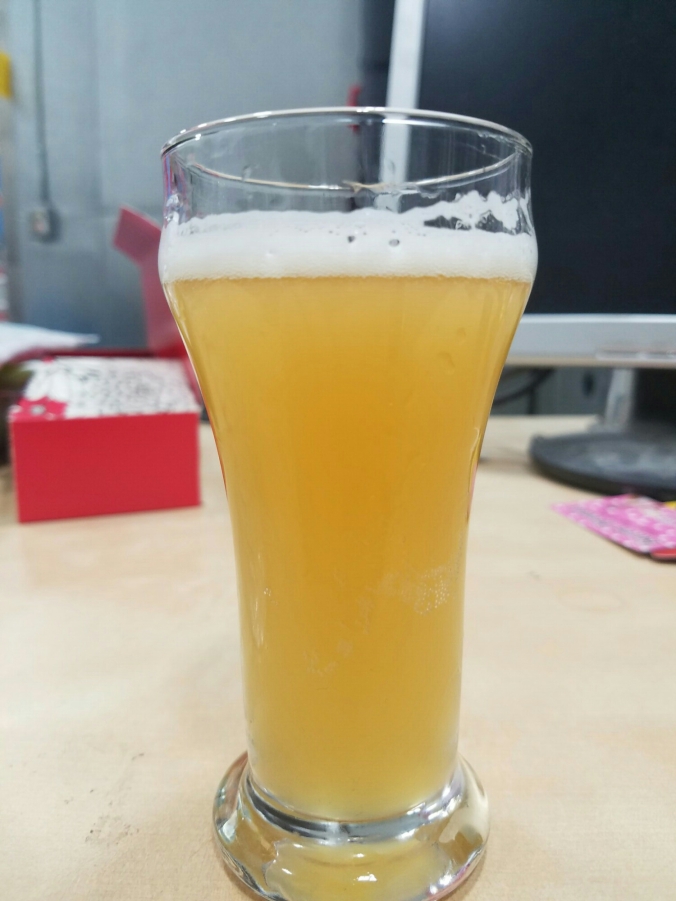 For its grand opening, Icarus Brewing will have on tap the two aforementioned beers, as well as the cleverly-named Valjean French Saison, Chewbocka the Masticater Doppelbock, Before The Devil Knows You’re Dead Irish Red Ale, and more. With a varied spread such as this, beer drinkers of all kinds are bound to flock from shore towns and beyond to this new purveyor of malted, hopped and brewed goodness. Icarus Brewing, located at 1790 Swarthmore Avenue in Lakewood, New Jersey, will throw open its waiting doors at 4 P.M. on Friday, January 13th. Until then, give the brewery a “like” on its Facebook page, check out its main website here for updates, and find Icarus Brewing on social beer-tracking app Untappd. When the day comes, bring your friends and enjoy the tempting menu of beers served up by Icarus Brewing. 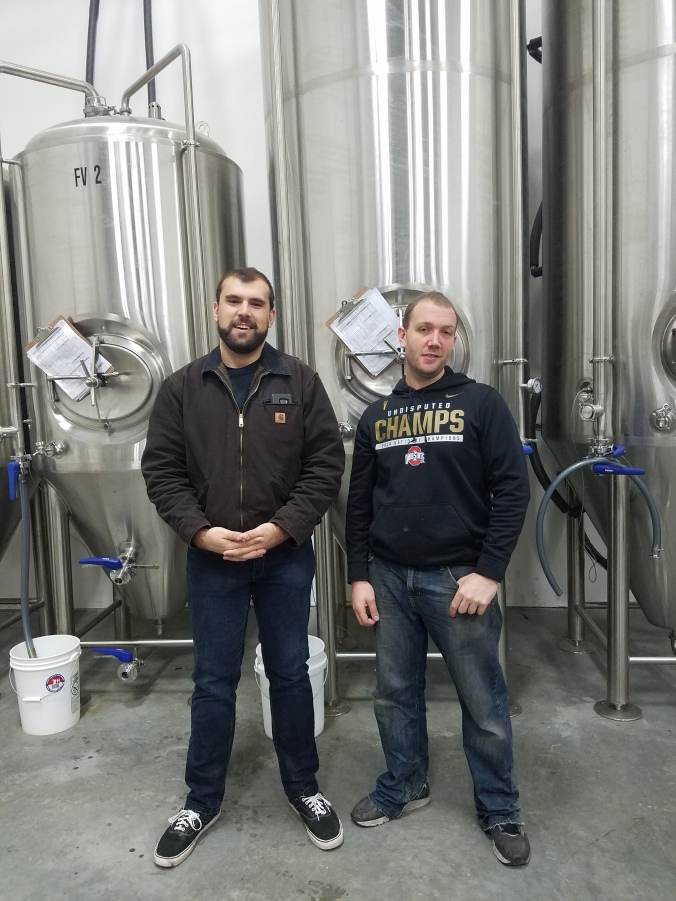