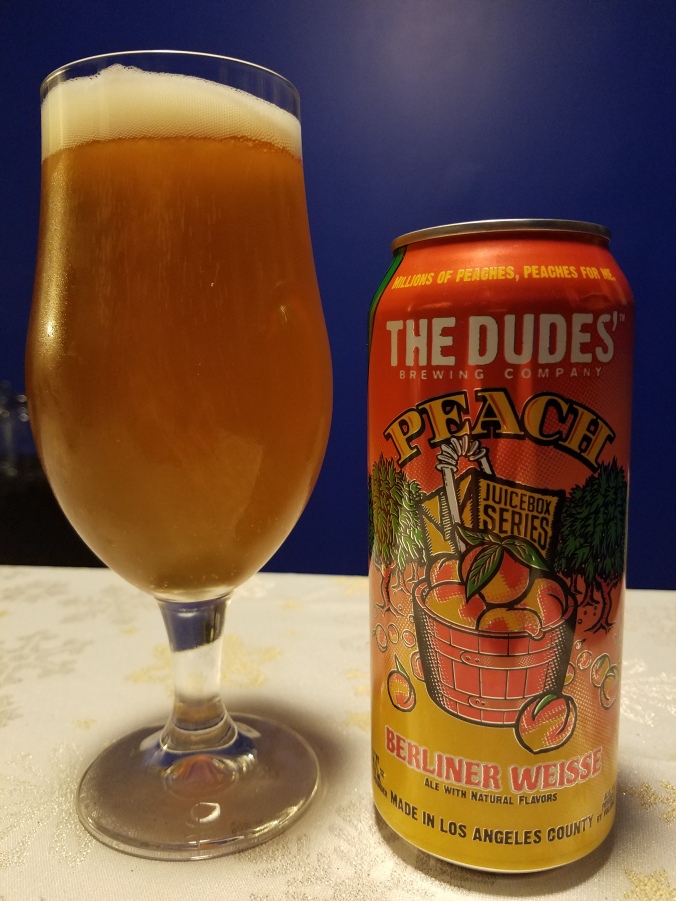 Over the course of 2016, I dove headfirst into an abiding love affair with sour beers, making it a point to try as many as I could find. A straight and obvious line was drawn from my existing predilection towards sour fruit and candy, so in the bars and beer aisles I set my sights on goses and weisses galore. In particular, the Berliner Weisse – born of the German style of brewing that combines wheat, warm-fermented yeasts, citrus fruit and certain bacteria that aids in souring- has risen to the top of my list. Tart, sour, and at the same time malty, the Berliner Weisse is a fantastic choice for those aren’t into the all-out hop game when it comes to their taste in beer. What is also great about this type of beer is that the option to modify it with flavored syrups – often raspberry or lemon – is available, which provides for a sweetness that balances out the tart nature of this unique variety of ale.

From Los Angeles County – the land of eternal sunshine and gridlock – comes a thoroughly enjoyable Berliner Weisse from The Dudes’ Brewing Company. The Peach Berliner Weisse, from the brewery’s Juicebox Series, does more than its fair share of justice to the style, lending an even playing field to the sweetness of peach, the tartness of citrus, and even some salt on the back end. The beer pours an opaque, dark orange color, with plenty of carbonation rushing upwards to form a considerable head that took its time dissipating. The aroma of the Peach Berliner Weisse was just as expected – plenty of peach on the nose, battling for dibs on your olfactory nerve with the pungent sour character that is typical of this sort of brewed delicacy.

The flavoring of the Peach Berliner Weisse is right on par with the smell upon the pour. Quite unexpectedly, this was a well-balanced beer for me. A connotation is derived from one look at the can, leading me to believe I would be knocked to the ground and smothered in peaches, in the most gimmicky way possible. However, while the peach essence is present, in both aroma and flavor, it is held in its place by the remaining cast of characters. The sourness is also not overpowering, being kept from running amok by the wheat and salt that comprise the backbone of this delightful beer.

The Peach Berliner Weisse was poured from a tall 16-ounce can, which happened to be adorned with, you guessed it, lyrics from the song “Peaches” by The Presidents of the United States of America. If that doesn’t signify that The Dudes are a fun-loving bunch, then nothing will…except for their beer. While the alcohol-by-volume of the Peach Berliner Weisse only checks in at 4.5%, taking all 16 ounces down in one sitting may leave you feeling quite mellowed out if your tolerance is not up to snuff. This was a delicious offering from the SoCal-based brewer, full of excitable carbonation, balanced flavoring, and thoughts of summer fun.