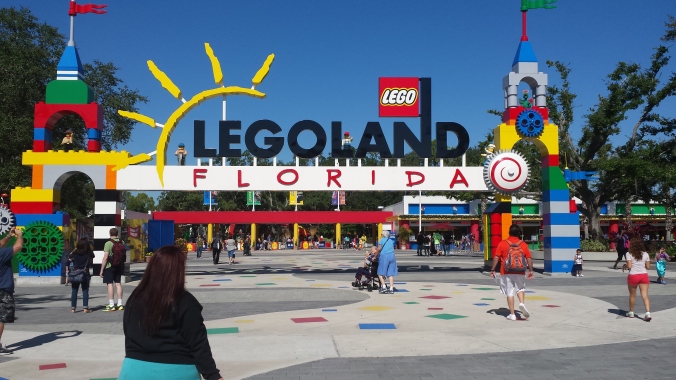 This week one year ago, Jenn’s parents took us down to Walt Disney World as a sort of engagement present, and before we even checked into the hotel, we went to one of the most amazing places I had ever seen or ever will again. I am obsessed with Legos, and jumped at the chance to visit Legoland. An ear-to-ear smile spread across my face as I approached the gate, and spent the rest of the day, jaw agape, snapping pictures, taking in the masterful creations upon which I would lay my eyes. Temperatures were near 80, and the sun was shining brightly all day, making it all that much better.  I have always been amazed by the complexity of the engineering that goes into devising Lego sets, even though, in theory, they are a very simple toy.

In this post I will share some of the pictures that I took, most of which were in a section called “Miniland,” which was comprised of scaled replicas of actual buildings, landmarks, and other real-life settings. Miniland was the most impressive part of the visit for me, as the architectural brilliance behind these models is nothing short of amazing. So without further ado, welcome to Legoland Florida…

Me hanging out with Lego Darth Vader! 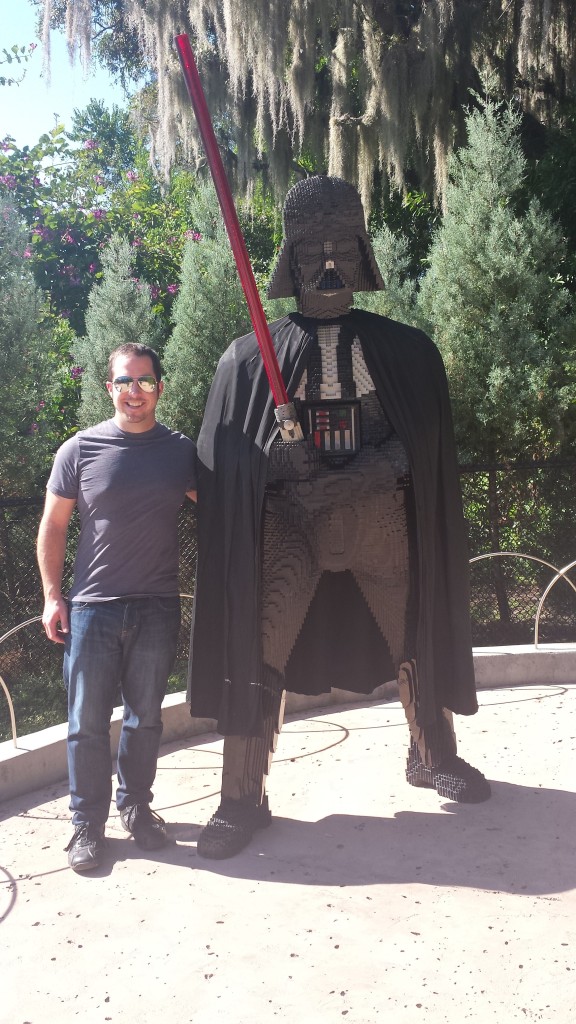 Jenn with a huge replica of her favorite animal! 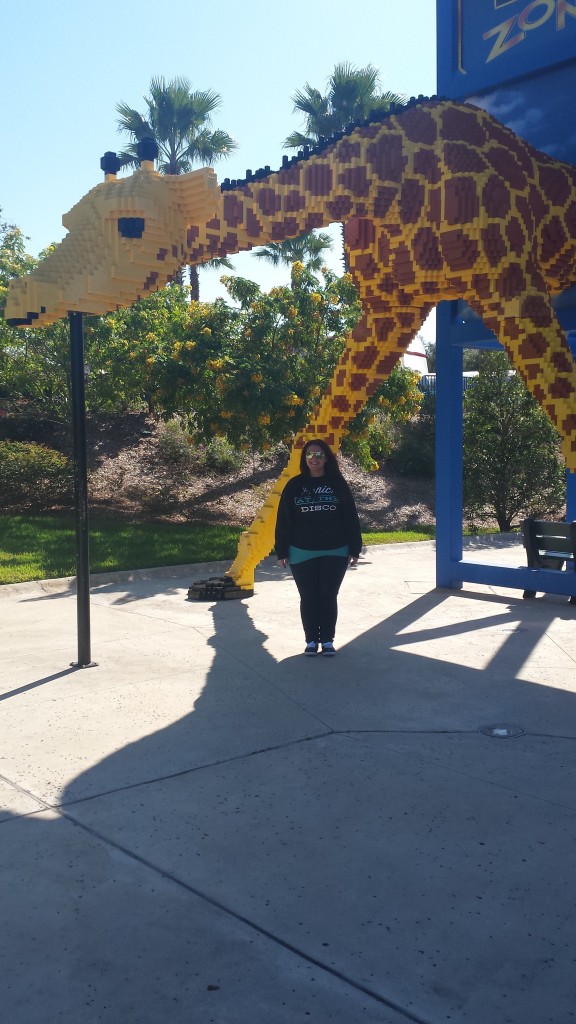 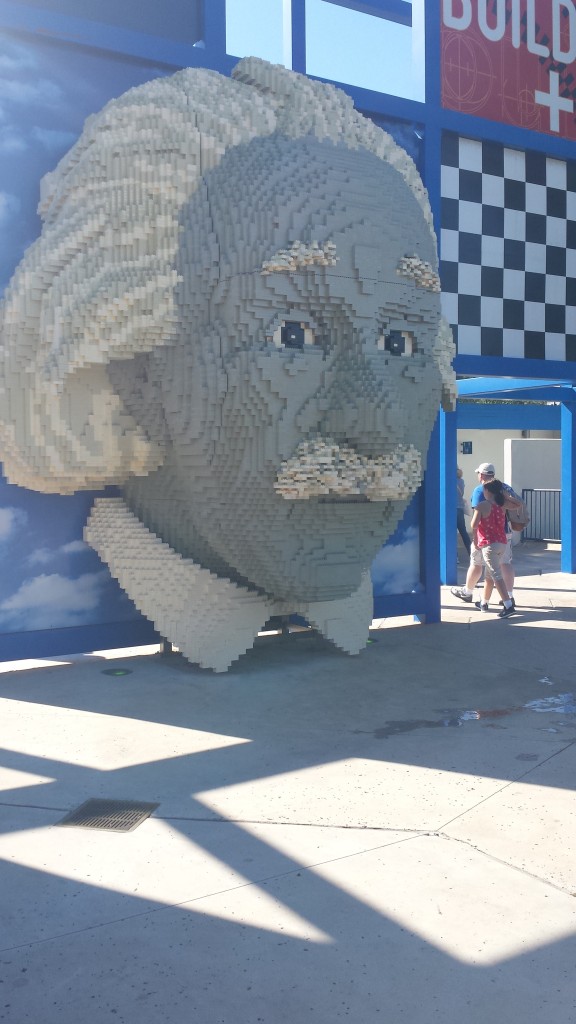 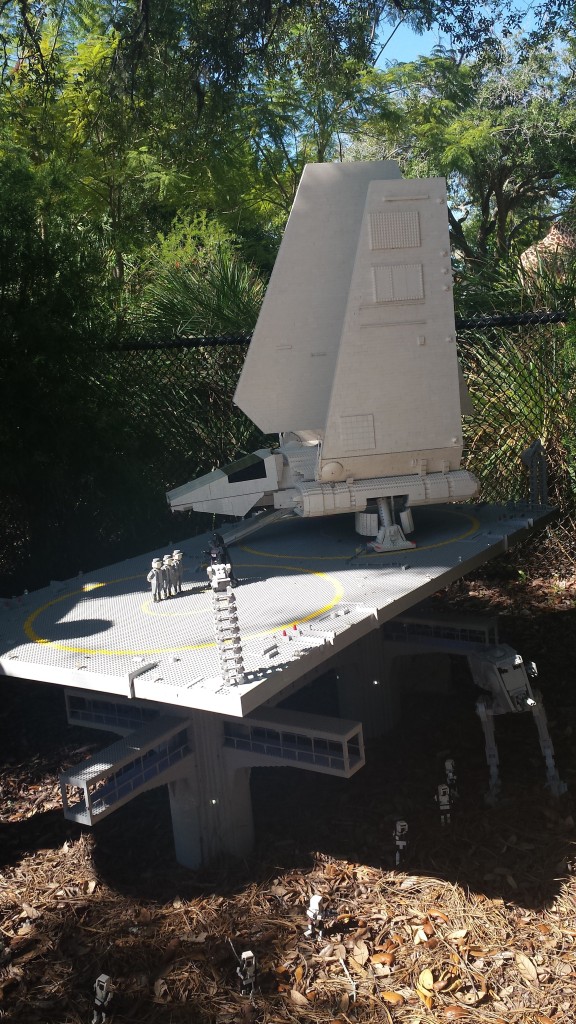 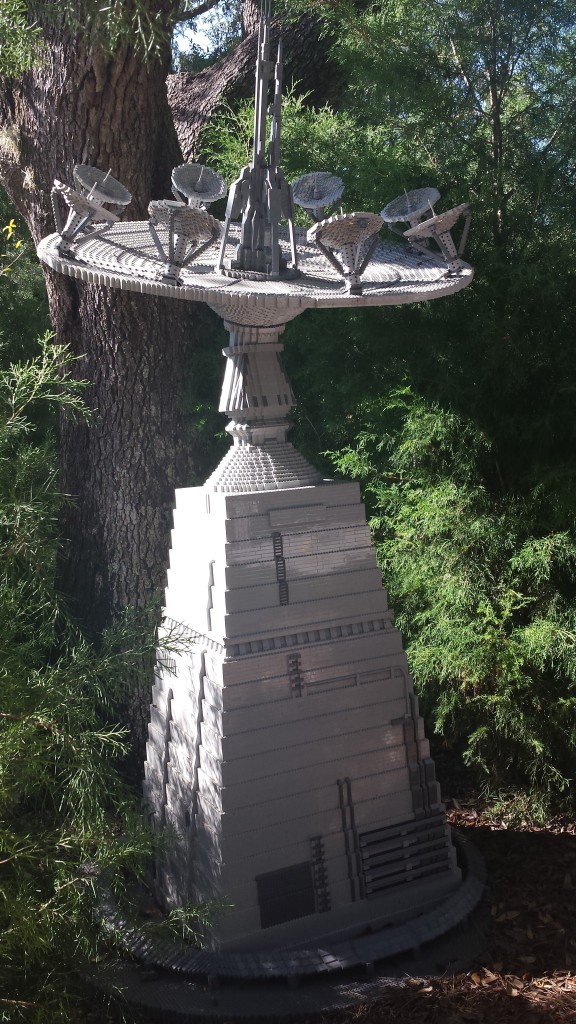 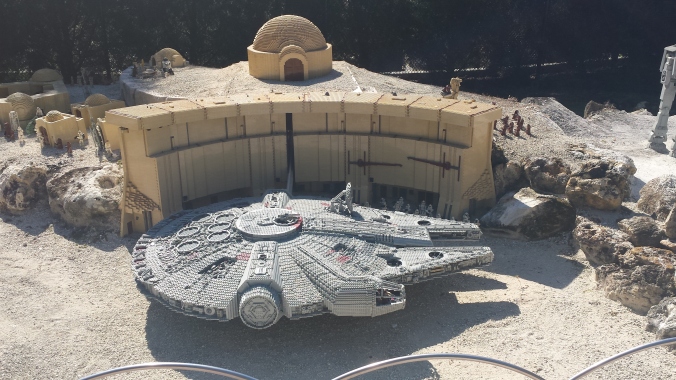 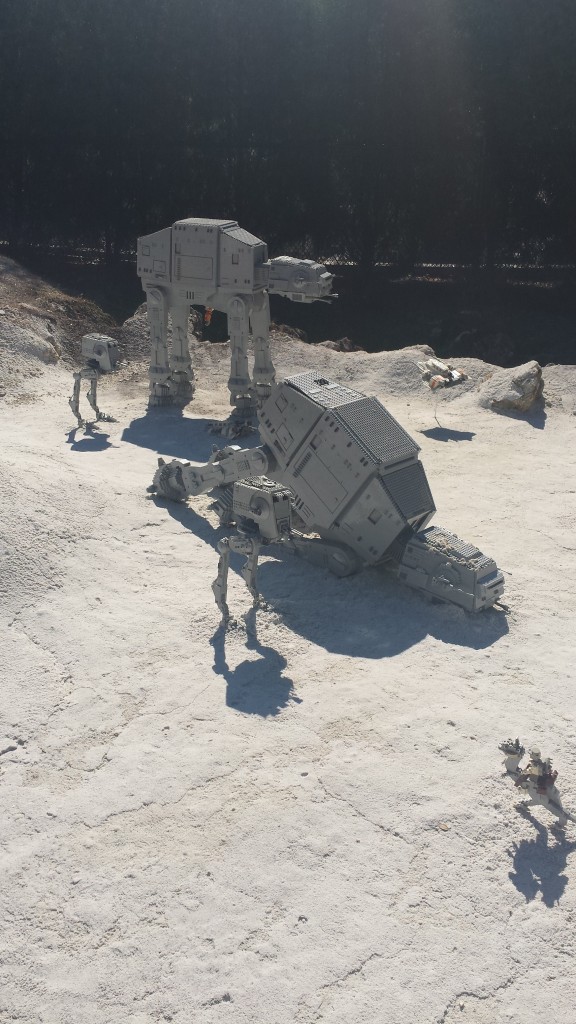 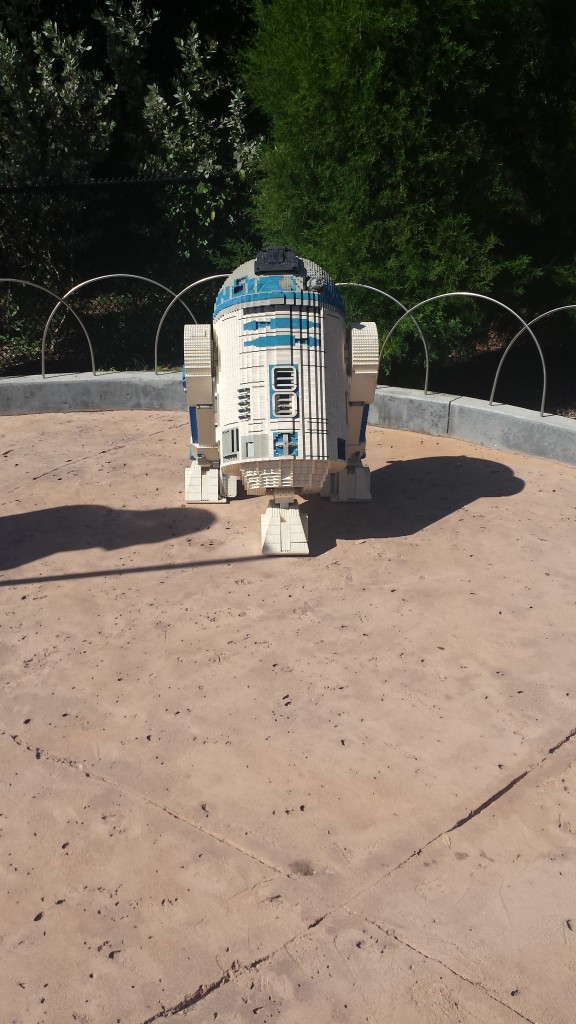 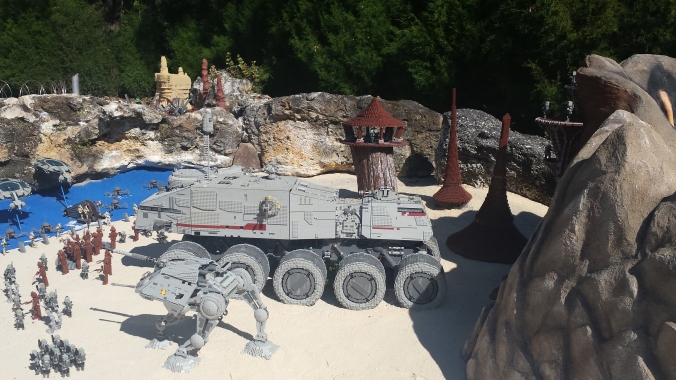 Cityscapes from Miniland, including The Empire State Building, the Statue of Liberty, Grand Central Station, the Capitol Building, the White House and the Washington Monument, the Mirage and the MGM Grand in Las Vegas, the Golden Gate Bridge and part of San Francisco, the Daytona International Speedway, and more, all built entirely out of Lego pieces! 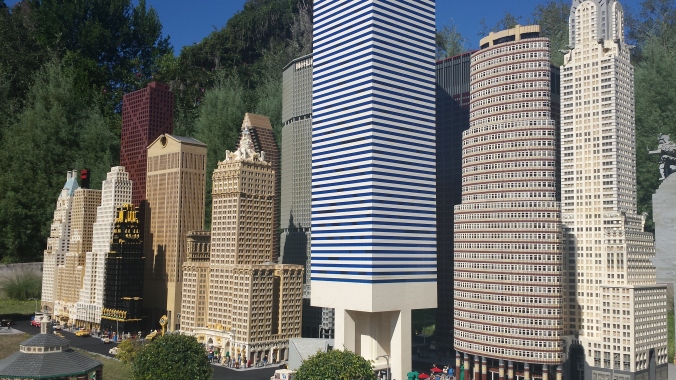 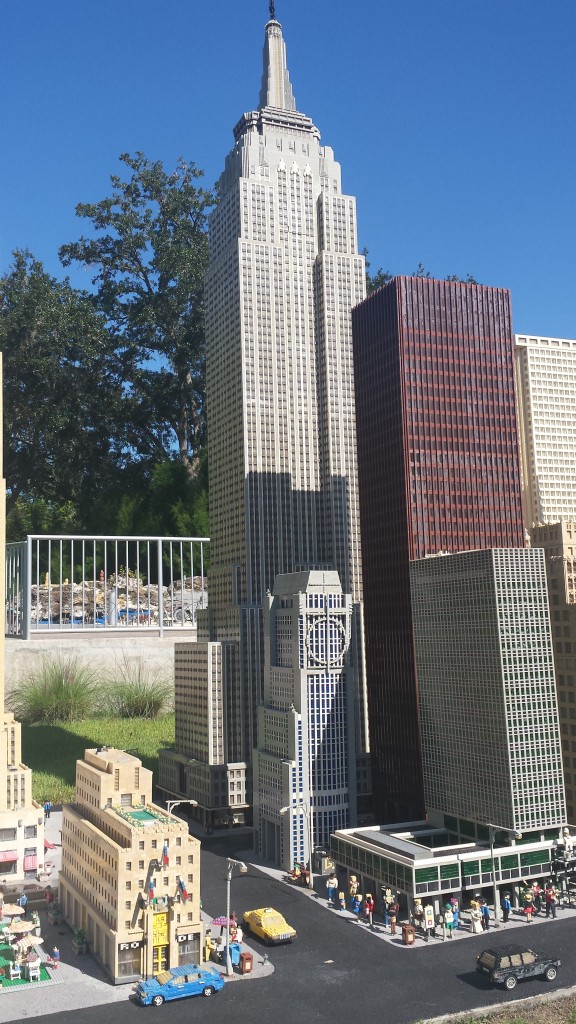 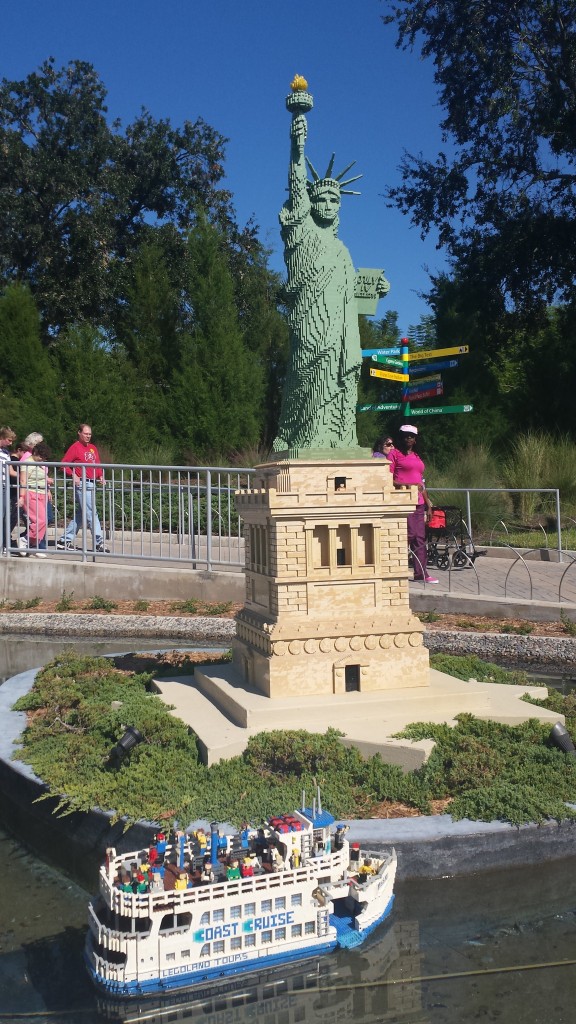 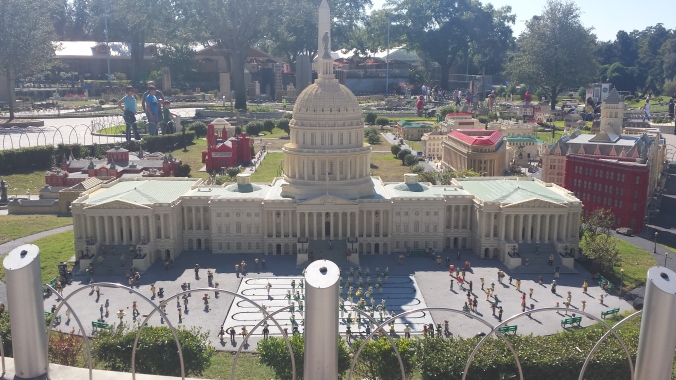 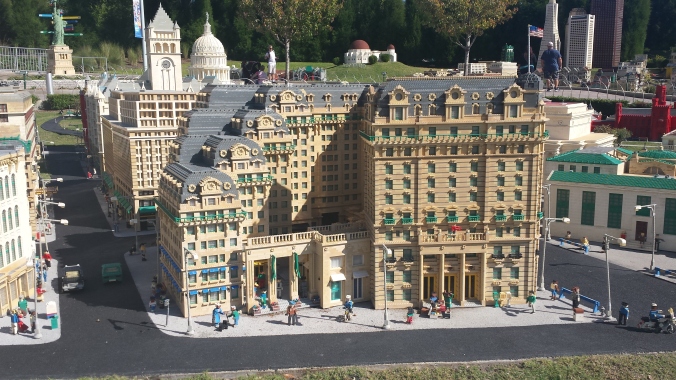 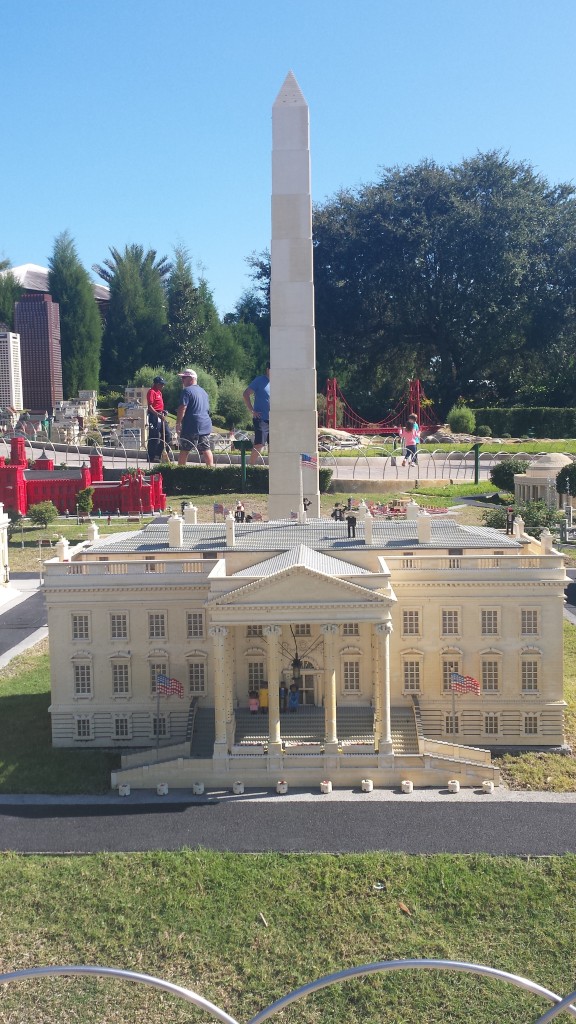 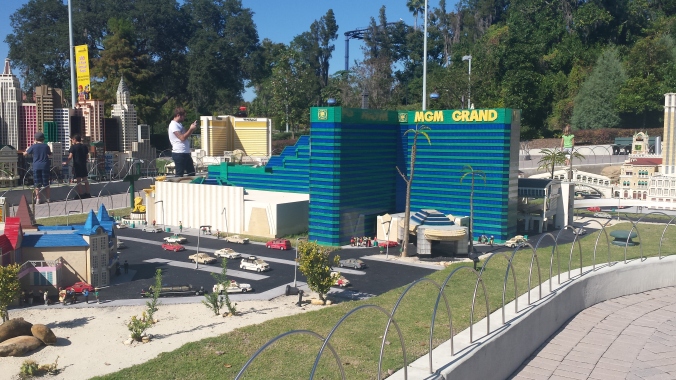 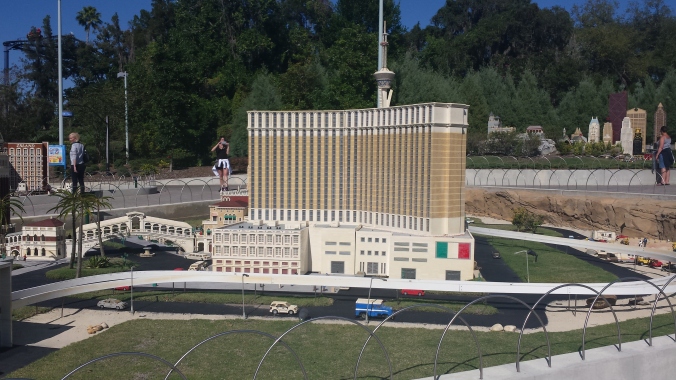 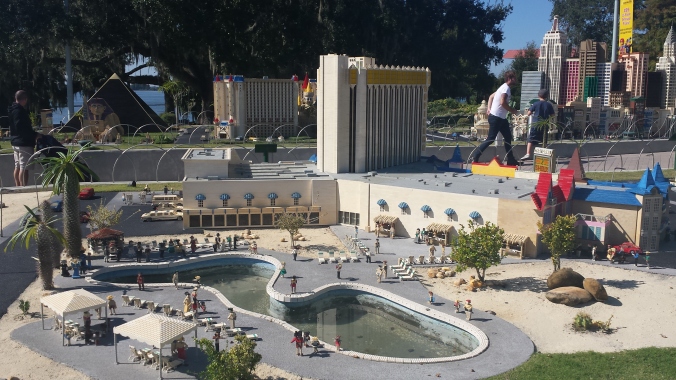 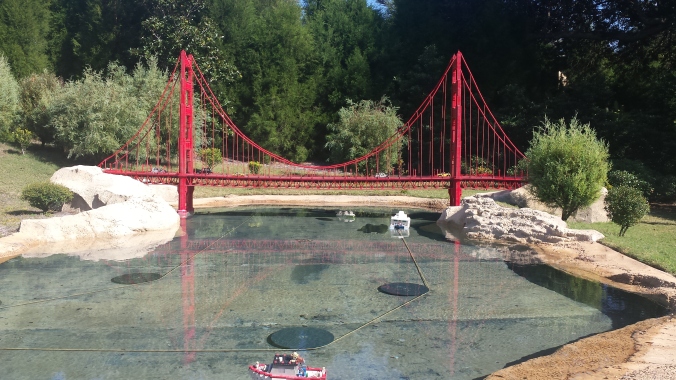 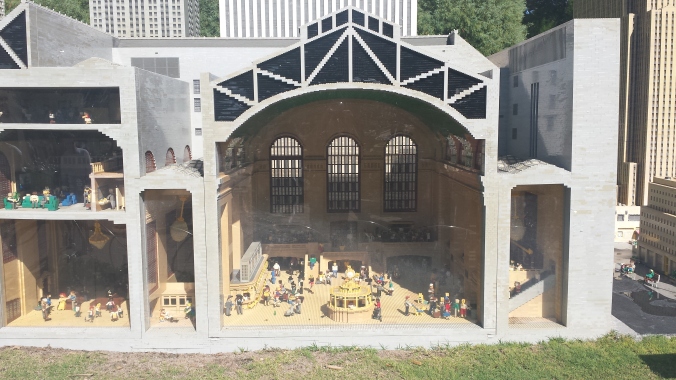 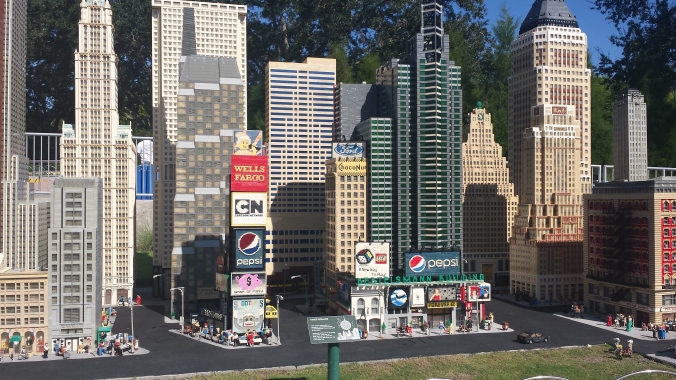 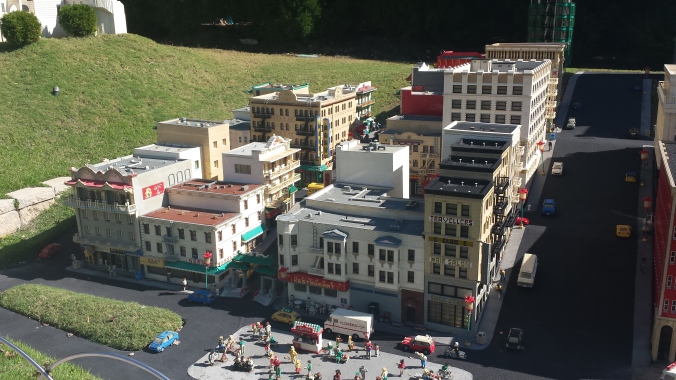 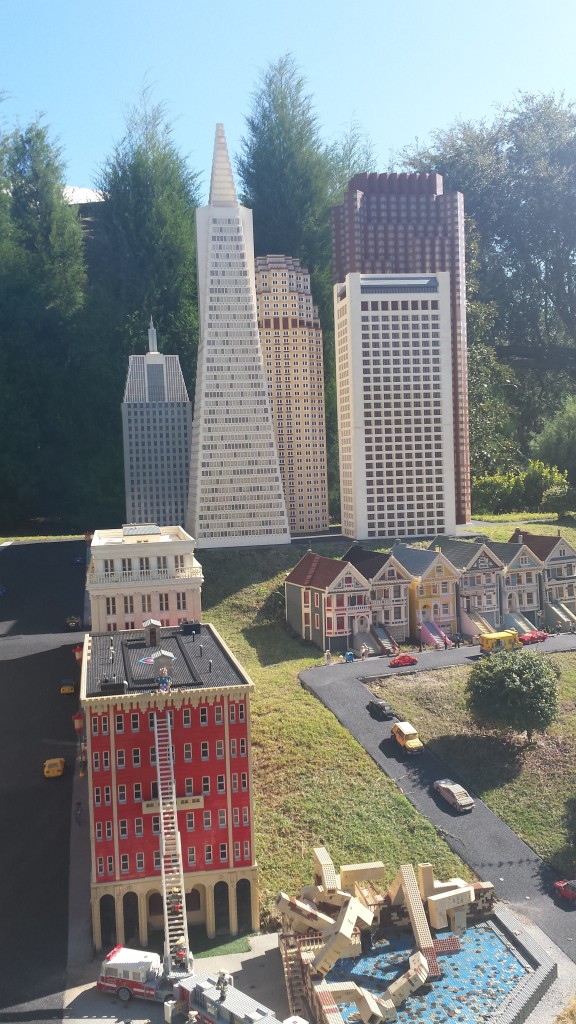 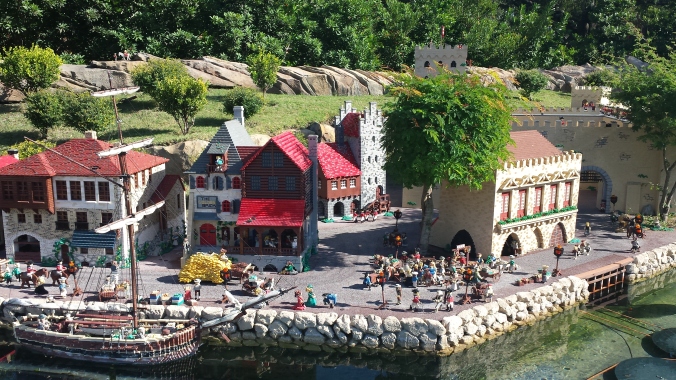 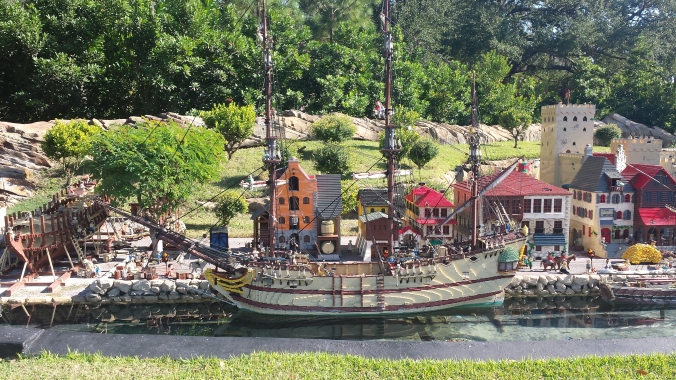 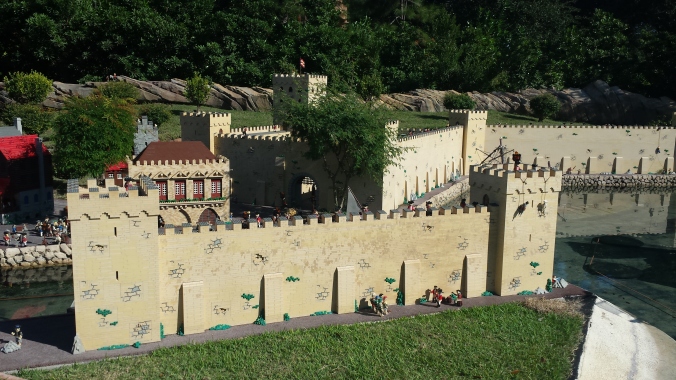 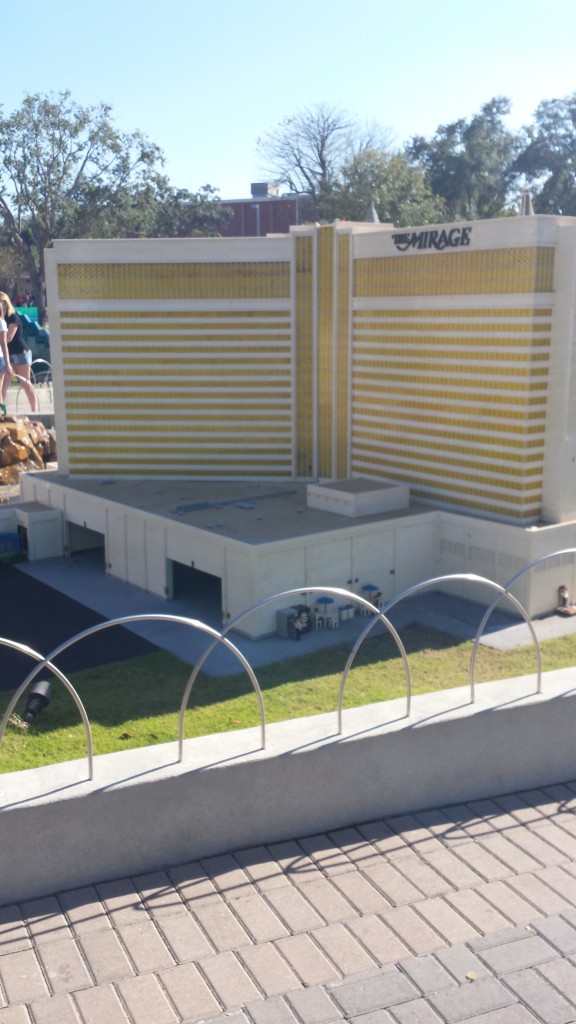 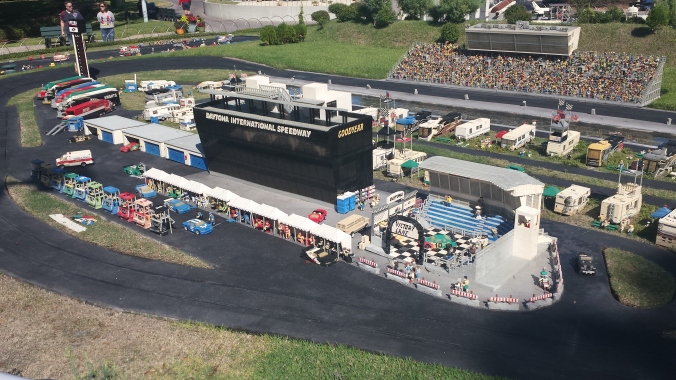 Of course, I couldn’t leave without buying something, so I picked up this small wedding set which will sit atop my groomscake when Jenn and I get married next year. The “for table decoration only” warning will be disregarded. 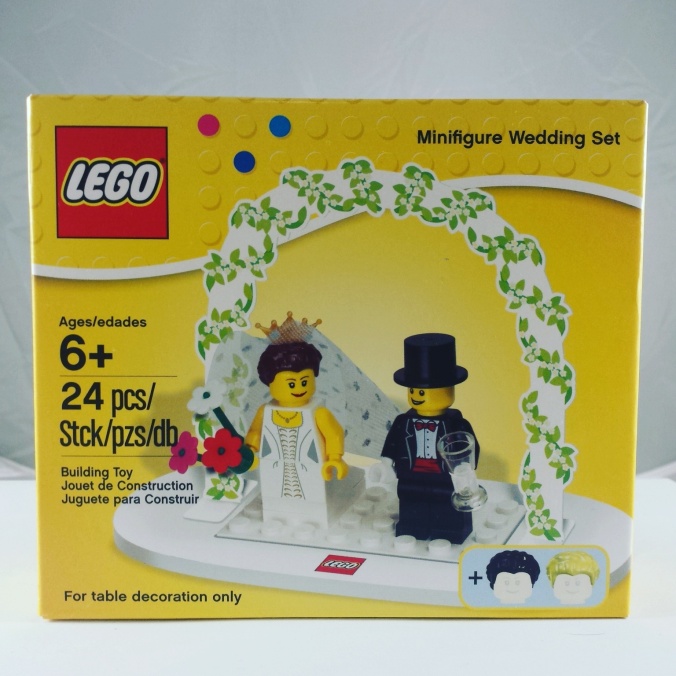 Since the trip last year, I look back at these pictures every once in a while and marvel at the amount of time, planning and precision that went into creating this monstrous scenes, and it still makes me smile. Lego is an incredible company, and no matter how old I get, I will continue to collect and build as many sets as I can afford (and find room for), and will undoubtedly share the fun and joy that Lego has brought me with my own children someday.