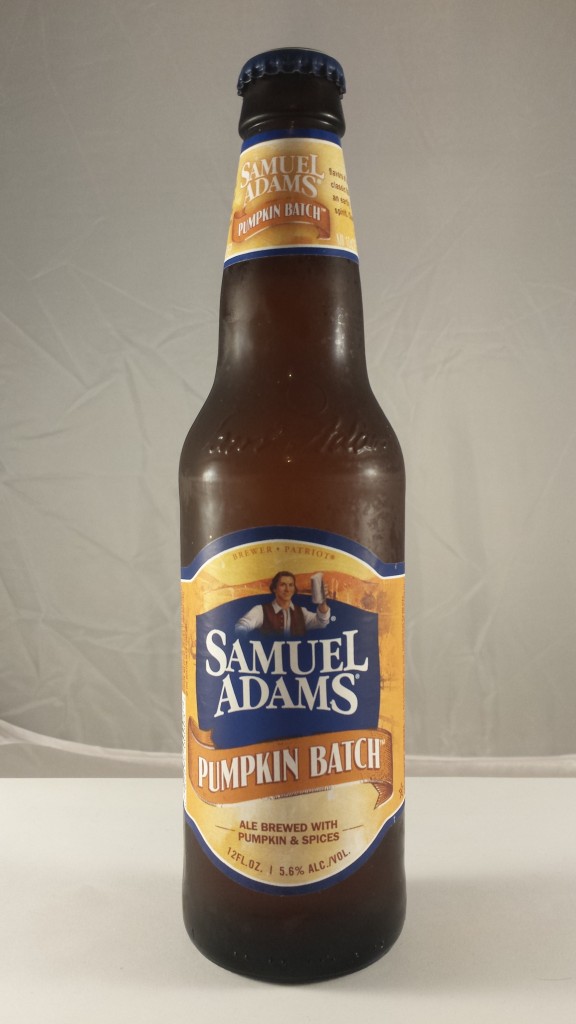 As far as I’m concerned, Sam Adams can really do no wrong. While a couple of their standards are not necessarily anything to write home about, I can’t say I’ve ever disliked one of their brews. The Boston-based brewery has the seasonal beer thing down to a science, releasing delightful variety packs for each time of year.

Back in September of this year, I found down in North Carolina their fall seasonal Pumpkin Batch, which I had never had before. I like pumpkin beers (though my predilection towards anything pumpkin ends with this and the pie) for the most part, so long as they lean more towards the pumpkin pie end of the flavor spectrum, as opposed to more of a pumpkin spice taste.

I’m always down to try a new Sam Adams seasonal brew, so I picked up a case to bring to the tailgate party at my brother’s house before the home opener of East Carolina Pirates football. This saison from Sam Adams is agreeable in every way. All the flavors are balanced in such a way that you know you’re drinking a beer, while the pumpkin and spice flavors are both present but not battling each other for top billing. The beer gets major points for being brewed with real pumpkin, so there are no shady shortcuts taken here. The carbonation is not overpowering, so each sip goes down smoothly, with just a little bit of bitterness from the cloves and other spices. The alcohol by volume (ABV) on this one sits at 5.6%, which is just a hair above that of many standard domestic beers.

Autumnal beers are just about the only thing I like about this time of year (summer would be the only season if I had my way), but if I must endure it every year, at least I know I have some good brews to count on to warm me up as the days grow colder. Sam Adams made a very good pumpkin brew here, equal parts sweet and spicy. For my money, Sam Adams is one of the most extraordinarily reliable breweries in the United States, pumping out great beers all year long. If you’re into fall beers, or pumpkin beers, or both, give this one a shot, as it’s likely to be a crowd-pleaser.

Come back around to The No Seatbelt Blog next Sunday to have another drink with me! See you then!

One thought on “The Beer List: Sam Adams Pumpkin Batch”