In honor of one of everyone’s favorite characters from The Walking Dead, this brand-new edition of “Funko Friday” here at The No Seatbelt Blog is dedicated to none other than Abraham Ford, the red-headed military man who END_OF_DOCUMENT_TOKEN_TO_BE_REPLACED 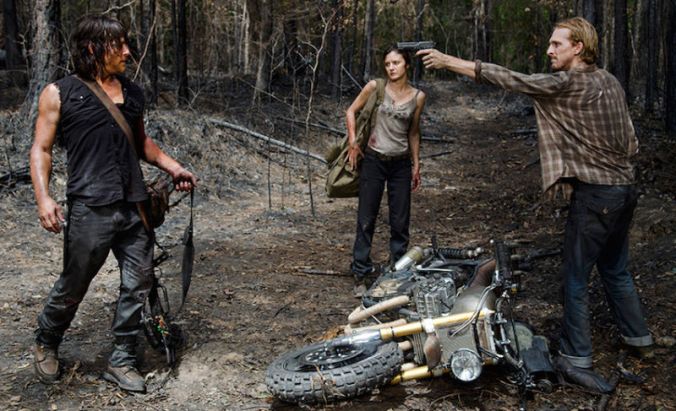 “How many walkers have you killed?”

“How many people have you killed?”

~ Rick Grimes, when considering allowing a new person to join his group

Walkers. Biters. Lurkers. Roamers. Lamebrains. The undead. The walking dead. They go by many names, but for some reason on The Walking Dead, nobody ever calls them zombies. Regardless, in the post-apocalyptic world in which the monstrously successful show is set, they are the enemy…or at least they should be. One would think that in a world such as this, the remaining humans – no matter where they come from or who they were before the shit hit the fan – would all band together and become a united force against a common enemy. END_OF_DOCUMENT_TOKEN_TO_BE_REPLACED