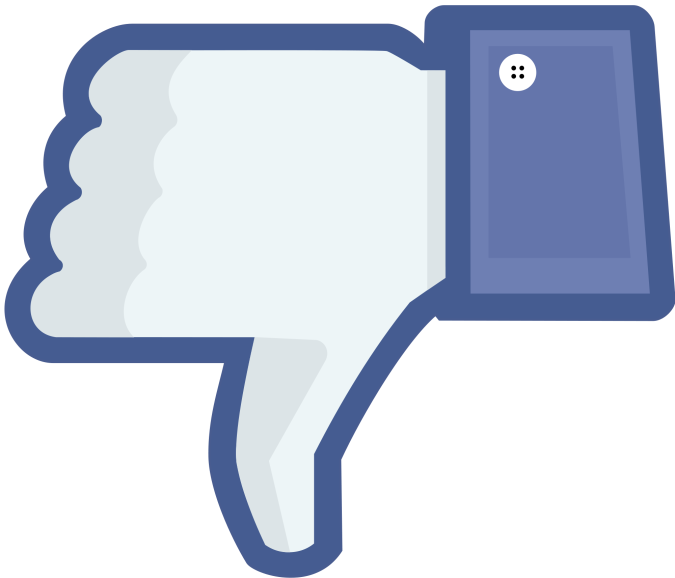 It’s a wonder any of us still use Facebook throughout the day, considering what a wasteland it has become. We’re all annoyed by much of what we see on our newsfeeds as we mindlessly scroll, but nonetheless, we’re all still addicted, myself included. While no amount of annoyance will likely ever lead me to shut down my own profile, there are so many things that I see on a daily basis from people I should no longer “follow” that make me seethe with anger. I’m sure you have your own list of things you’d like to see banished from your line of sight as you scroll through the dross, and I’ll be sharing mine with you now. These are the things on Facebook that burn my biscuits, and they are in no particular order.  Here we go…

This phenomenon has taken over the world of Facebook over the last couple years, and it is supremely irritating. You know the stuff – “blah blah blah…what he did next will AMAZE you,” or “you won’t BELIEVE what happened next,” or “what she said next will have you in tears.” This garbage meant to drag people in without giving away the punchline needs to stop being passed around like herpes. I hate to break it to you, but most of it is either staged, or is not that interesting to begin with. It’s not going to amaze me or make me cry, and the only thing I can’t believe is why everyone keeps falling for it.

This usually pertains to whatever football game is on at the time, and since EVERYONE in America is inexplicably obsessed with the game, chances are that everyone is watching the same game. Nobody needs Facebook status updates on every down, every catch, every interception, or every time the head coach is caught by one of the cameramen picking his nose on the sidelines. That’s what SportsCenter is for. Or RedZone. Or ESPN.com. Or my own two eyes while I watch the game. Oh, who am I kidding? I’m not watching the game. Just stop.

“If you love God, share/hit the like button!” Although I’m a stone-cold atheist, I’ll try to tread through this without being completely offensive, but I’ll say this – if you do choose to believe in some invisible deity, I guarantee that he/she/it is not taking such pointless social media shenanigans into consideration for when you shuffle off your mortal coil. While you have an intended audience in mind, the actual audience for such vapid fare wishes they could e-punch you.

I’m not sure why, but I’m still “friends” with an inordinate amount of these jokers on the old Facebook, and methinks it’s time to flush the proverbial toilet on this nonsense. In a perfect world, every time I had to see an “Obama is trying to take all our guns!!” post from one of these idiots, I would be allowed to provide them with one punch in the temple. They sound like those morons from the “Goobacks” episode of South Park. Go watch Fox News and shut up already.

On the opposite end of political circus, we find these equally annoying people, and they make Facebook a living hell just like their right-wing counterparts. Between the cries of “accept ME/tolerate ME/where are MY rights?” and publicly labeling their own friends as racists, I don’t know how these whiners have time to put food in their mouths. The one thing I’ve learned from armchair liberal pundits on Facebook, is that if your opinions differ from those that come from the righteous left, you’re a racist.

If I had a nickel for every time I saw a status like “If you can’t handle me at my worst, then you don’t deserve me at my best!!!!!!1,” I could buy stock in Facebook. Translation: “I get to be a horrid, intolerable bitch for no reason, and I expect you to deal with it in return for what is the comparably rare instance of ‘my best,’ which is not worth it either.” The typical offenders here are silly, self-important 20-year-old girls, and they’re in for a rude awakening. I’m willing to bet that you’re single, and let me tell you something, sister, there’s your reason why.

The General Public’s Abject Inability to Spell Anything Correctly, Ever:

For some reason, far too many grown adults in this country still don’t know how to spell or employ correct grammar, and it should be embarrassing. In relation to Facebook, I’ve seen entirely too many jokes, insults, and otherwise perfectly good memes ruined by careless spelling errors. Step your game up, America. Spelling is important.

While people have spoiled with overly-detailed status updates other television shows and movies for people who have not yet seen them, The Walking Dead is the most popular target for idiots who can’t keep their fingers from pumping important and shocking plot points into the newsfeed for all to see. You realize that not everyone gets to watch the show while it’s on, right? RIGHT?!? What worse about these people who insist on spilling details about who died in a given episode is that when they get called out on their trespass, their response is usually nothing more than “whatever!”

People Whose Profiles Are DROWNED In Pictures of Their Kids/Pets:

Unfortunately, there is such a thing as oversaturation when it comes to the adorable. We know you love your child unconditionally, and yes, your dog is cute (although your cat is probably an asshole), but there are other things in the world of which to take pictures. And please, in the name of all that is right and just, stop putting up pictures of JUST your child as your profile picture. Your anklebiter is not you.

A selfie once in a while is acceptable, as long as you catch something in the background of the shot that’s more interesting than you. However, a few dozen a day, all with a stupid duckface and #workflow or whatever “-flow” attached to the post is just egregious. Until someone tells you how annoying you are, you’ll keep right on doing it. You’ll probably keep doing it anyway, but let it be known, a good e-punch will fix that duckface right up. Didn’t your mother ever tell you that if you keep making that face, it will get stuck like that?

Well, there you have it. Maybe you agree with some or all of these, or maybe you’re an offender on some of them or even all ten fronts (or nine of ten, since you’re probably not both a liberal and a right-winger). Either way, I hope this has set you straight, made you laugh, or even arisen your anger on this Monday morning. You’re welcome, universe.