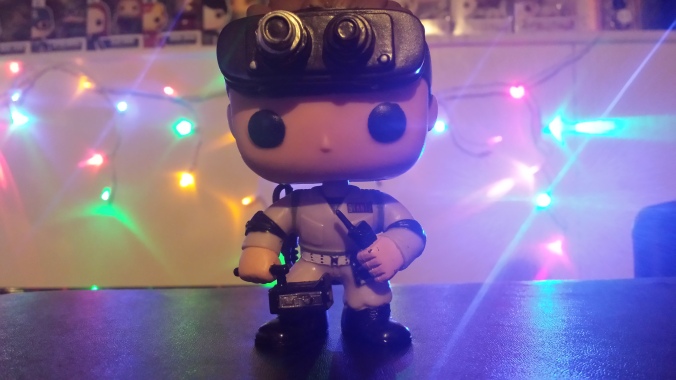 This week, I present another edition of Funko Friday, showcasing none other than the popular toy company’s version of “the heart of the Ghostbusters,” Dr. Raymond Stantz. Played with a signature “aww, shucks” charm by Dan Aykroyd in both movies of the franchise, Ray Stantz was a thoroughly lovable character. Built with equal parts childlike wonder and real world smarts, poor Ray was conned by his partner Pete Venkman into selling the house his parents left him so that the future foursome of paranormal investigators and eliminators could purchase a dilapidated firehouse where they would store the supernatural baddies they snared.

If my heart were reserved only for the love of cinematic heroes, the Ghostbusters have always taken the biggest part of it. Ever since I was a kid, I idolized the Ghostbusters – I watched the movies and cartoons in awe, collected all the toys, and dressed up as one for Halloween for several years in a row. 2014 marked the 30th anniversary of the first Ghostbusters movie, and with that a slew of new toys were released in celebration of that milestone. Funko joined in the fun releasing all four Ghostbusters, Slimer, the Ecto-1, and several versions of the Stay-Puft Marshmallow Man.

Funko’s rendition of Ray Stantz depicts him as he appeared in the hotel scene in the first movie, when Ray, Pete and Egon meet Slimer for the first time. He’s fully loaded here, shown with his infrared goggles, his walkie-talkie, and the ghost trap, which is used to snag the hungry green ghost and other assorted spooks throughout both films. If we flip Ray around, we see his trusty proton pack strapped to his back, with its attached neutrino wand holstered and ready for action. 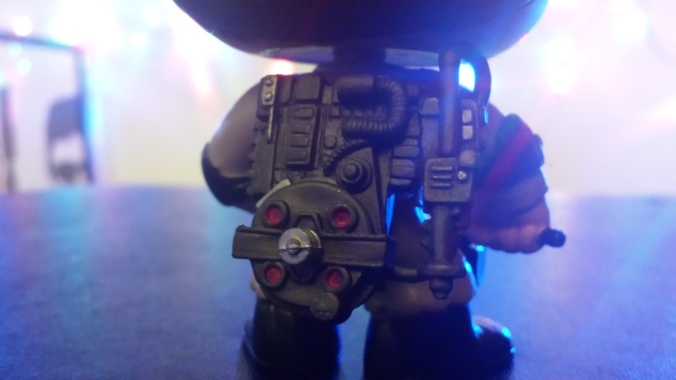 All of the Ghostbusters Pop! dolls are still available for purchase, so if you’re fans of the movies, pick them up! In the meantime, check out the rest of my Funko Friday series under “The Toy Chest” right here at The No Seatbelt Blog!