For the past seven weeks, I’ve recommended a list of classic power ballads to music fans, and this week, I wrap up the list with a batch of more modern-day songs that fit the style. Enjoy!

This song from Rihanna’s album Loud is a down-to-the-numbers power ballad. I’m not terribly well-versed in her catalog, but her singles are unavoidable, and I can say with confidence that out of everything I’ve heard from her, this tune provides us with her best vocal performance to date. She actually SINGS, and that’s certainly better than that Barbadan yodeling she usually does. Listen for the huge choruses, and the guitar solo (!!!). For me, this is the best song in her entire discography, short of “Bitch Better Have My Money,” of course.

From Lechuza (2001), the second and final album of the Texan pop-punk band who were originally named River Fenix until the estate of the late River Phoenix filed a cease-and-desist order against them, the title of this song gives you a pretty good idea of what it’s about. Lead singer Will Salazar desperately wails in the chorus, “The days go by…the nights don’t change…the stars still spell out your name…I will wait for you…” This is definitely the softest side of a band that has written songs about threesomes, breaking and entering, dealing with an alcoholic girlfriend, surfing, living begrudgingly on minimum wage, and masturbating to Phoebe Cates movies.

Halestorm- “Bet U Wish U Had Me Back”

Don’t be fooled by the fact that the title of this song looks and sounds like something off a Britney Spears album. Lead singer Lzzy Hale (she dropped the ‘i’ from her name to sound edgier, I suppose) will probably break you in half. Female representation in rock and roll is seriously lacking these days, and with one of the greatest voices I’ve ever heard, Hale is holding down the fort. This power ballad from their debut album oozes with sex (as do, well, most of the band’s songs), but does so from a confident but very jealous point-of-view. Need proof? The lyric “And do you close your eyes with her, and pretend I’m doing you again, like only I can?” should suffice. 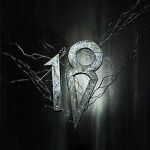 Eighteen Visions is something of an Avenged Sevenfold clone (right down to the image), but their self-titled release in 2006 yielded a handful of good songs, including “Broken Hearted.” The chorus is a bit repetitive and the song mysteriously lacks a guitar solo, but beyond that, this is a hard rock ballad that sounds like it could have been on some band’s album back in the 80’s. The confusion felt along with lost love bleeds into the lyrics throughout the song, and the chorus, although repetitive, begs for a sing-along.

We’re turning up the cheese factor with this modern power ballad from the now-defunct pop-punk band Hey Monday. Fronted by Cassadee Pope, who won the third season of the singing competition show The Voice under the tutelage of Blake Shelton (after the band broke up), their debut album Hold On Tight was fun and catchy, but insanely polished and over-produced. However, none of that can take away from Pope’s obvious vocal talent. The choruses in “Candles” are explosive, and are backed by piano, big guitars, and orchestration.

I hope you’ve read and enjoyed my guide to Essential Power Ballads! I hope it’s brought back some memories for you, or introduced you to songs you’ve never heard before, or maybe even made you sing along to one or two when you’re by yourself in the car. Stay tuned in the coming weeks for a new music series, right here on The No Seatbelt Blog!