Since I love 80’s music, and since I’m also a huge sap, I have decided to start a series for like-minded readers of The No Seatbelt Blog. Welcome to my guide to essential power ballads! Each volume will feature five tearjerkers that are loaded with lyrics of love and heartbreak, loud choruses and louder guitars. If you’re a fan of those songs from the 80’s (and a few stragglers from the first couple years of the 90’s) that made you pull out your lighter (or cell phone, nowadays) and sway while you sing along at the top of your lungs, take a trip down memory lane with me. Volume 1 of Essential Power Ballads begins now…

You don’t have to dig very far into Warrant’s catalog to find that lead singer Jani Lane had an incredible voice, and that he was more than just the “Cherry Pie guy”. That voice was stolen from the world when Lane died of acute alcohol poisoning in August of 2011. In “I Saw Red”, from 1990’s Cherry Pie, Lane spends his verses earnestly professing his love for his significant other, and the choruses telling how he walked in on her cheating on him. When you listen to this song, you really can’t help but feel bad for the guy, despite the usual tendencies of rock stars when it comes to faithfulness. 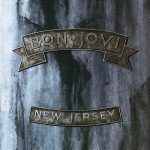 One of the world’s most recognizable power ballads, found deep in the track listing on the band’s 1988 smash New Jersey, this song has major staying power. The vocal harmonies between Jon Bon Jovi and guitarist Richie Sambora are stellar, and so is the high note that Jon hits later in the song. The tune is rounded out by a key change and two rounds of lighter-in-the-air “whoa-oh-oh’s” that are sure to give you goosebumps as you sway and sing along. A wonderfully-written song from a time when Jon Bon Jovi wrote incredible, heartwrenching, and relatable lyrics.

Firehouse– “Love of a Lifetime”

Brought to you by a band that arrived on the scene just before Nirvana and the ensuing parade of manic-depressive grunge bands wiped out hair metal, Firehouse’s “Love of a Lifetime” still managed to serve as everyone’s wedding song through the better part of the 90’s. This beautiful profession of love is a personal favorite of mine, so much so that I’ve chosen it to be the final couples dance at my own wedding next year. Firehouse has a couple other notable power ballads thrown into their catalog alongside their faster-tempo rock songs.

Richard Marx– “Hold On To The Nights”

From the Great Mulleted One’s self-titled breakthrough album, this track remains very much just a ballad through much of its run time. Towards the end, however, it fully explodes into power ballad territory, with a wailing guitar solo, pleading vocals, and thundering drums. Great song from a great album. Marx was a master of both ballads and catchy, radio-ready pop-rock songs. And of mullets. Definitely of mullets. On another note, if you’re looking for a laugh, follow Marx on Twitter. The dude’s a riot.

Cher– “I Found Someone”

A gem from an era when big hair and big guitars ruled the music scene, and before the 90’s rolled around and Cher started making awful techno garbage. This song, from her 1987 self-titled album, has all the keyboards, soaring vocals, and lyrics about love lost (and love found once again) that you’d expect from an arena-rocking sap-fest of the time. This song is lyrically akin to her song “Believe” (the aforementioned techno crap), only much, much better in every way.

Throughout this series, you’re going to notice a lot of the same bands pop up several times, but that’s just because they had the art of the power ballad down to a science. However, there will be some variety as far that goes, and maybe even a few bands you’ve never heard of. Stay tuned for the next installment! Next week, songs from KISS, Bon Jovi, Skid Row, REO Speedwagon, and Foreigner!