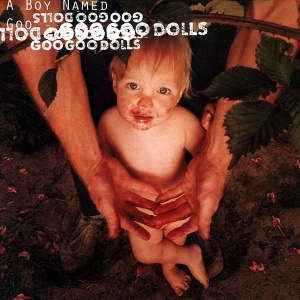 The first song on the track listing for the Goo Goo Dolls’ breakout album A Boy Named Goo, “Long Way Down” is a song that rocks your face off, at least when compared to everything the band put out after that record. Once upon a time, the three-piece band, consisting of John Rzeznik on guitar and lead vocals, bassist Robby Takac (who took lead vocal duties on a handful of the tracks on that album), and drummer Mike Malinin, actually plugged their instruments in and rocked.

“Long Way Down” led off the band’s 1995 release, was put out as a single in 1996, and a remixed version of it appeared on the Twister movie soundtrack. The song, like most others on A Boy Named Goo, was heavy, fast and loud, and featured a guitar solo, a musical element that is near and dear to my heart and is sorely missing in today’s rock soundscape. I still listen to the song regularly, because it reminds me of a time when the band rocked, before they spent the last two decades churning out watered-down, semi-acoustic, radio-friendly fluff. In fairness, the song “Name”, which also came from that album and undoubtedly made the band famous, was fully acoustic, but even that tune had a guitar solo, for crying out loud.

“Long Way Down” will show you a different band than the one you hear (constantly) on the radio today, and hearkens back to a time when the band plugged in, played crunchy riffs, ripped solos, and had me spinning A Boy Named Goo on my 5-CD changer until both nearly burned out. I miss that era of the Goo Goo Dolls, and I know that it will likely never return, because what they’ve been doing ever since clearly works for them and their current fan base.