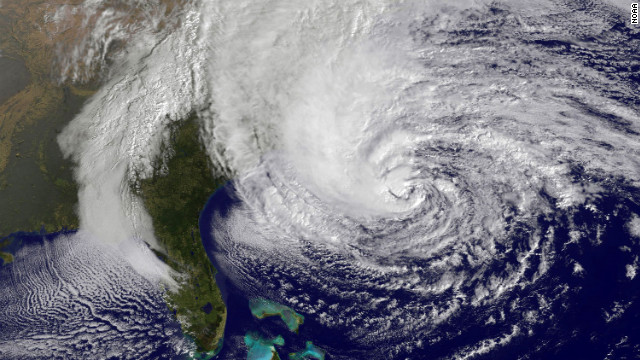 It was almost as if we had been chosen. Nature decided that we needed to be punished, and what happened is something nobody at or near ground zero will ever forget. At the end of October 2012, Hurricane Sandy made its way up the Atlantic coast after battering everything from the Caribbean on up, and while out to sea, the “superstorm” made a sharp left turn and a subsequent beeline for New Jersey.  While American forecasters struggled to predict where the storm would make landfall, if at all, the European models correctly asserted that the massive storm would hit New Jersey and New York directly. At one point, Sandy was a Category 3 hurricane, which weakened to a tropical storm, and got a second wind and strengthened back into a Category 1 before slamming the Jersey shore.

The Garden State was in no way prepared for the havoc that Sandy would wreak on lives, homes, beaches, infrastructure, and the human emotion. Dozens of people were killed, countless homes were destroyed, and the illusion that we were safe from this kind of destruction in New Jersey was ripped away in the most violent way possible. “This doesn’t happen here” was something we could no longer rightly say. The aftermath of the storm brought out the best and worst in people, as the collective emotions of the state’s citizens ran at a frenetic high. Perfect strangers donated time, money, food, and shelter to those who suffered losses, while others used this horrible incident as an avenue for taking advantage of the helpless. Many had to protect their homes with lock, stock and barrel from roaming looters, guarding their families and backup generators.

The scene after the storm passed was unreal, to say the least. Driving through shore towns to see streets leading to the beaches guarded by the military, and how one house could be untouched while the one next to it lay in rubble was unforgettable. A bizarre photo showed up in the Asbury Park Press that depicted people scrounging for coins that were dumped from arcade games in Keansburg. People were out in droves taking pictures of the unbelievable damage all over the state, much to the chagrin of police, disaster relief workers and the people who lost their homes. The Jet Star roller coaster that provided years of fun for riders on Seaside Boardwalk’s Casino Pier fell into the ocean when the pier was destroyed during the storm, creating an already iconic image (pictured below) 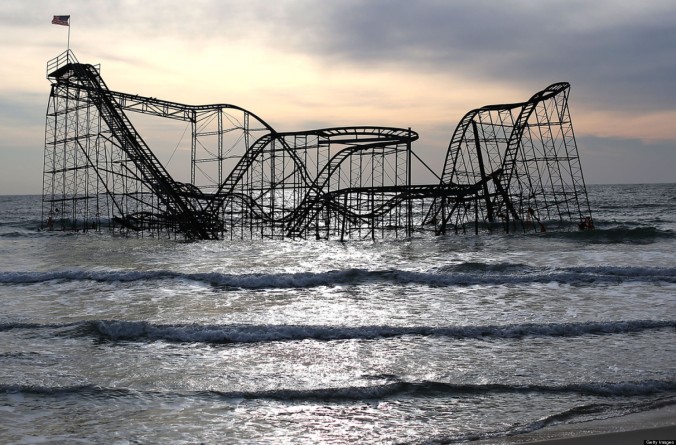 Three years later, many New Jerseyans are still not back in their homes due to the utter incompetence of the state government and insurance companies. Evidence of the storm’s destruction still remains in the form of beach erosion, homes on certain beaches that still lay in ruins, and people that are still trying to put their lives back together. “Stronger Than The Storm” was a motto that rose from the tenacity for which New Jersey is known, and while I appreciate the sentiment, I question its accuracy. A state that underestimated what this storm could do, buried afterwards in debris, insurance claims, and miles of bureaucratic red tape, has still not fully recovered, and may not for a long time to come. Nobody who lived through the storm will ever forget it, as in just one day, it stole safety and sanity from so many, possibly forever.

The second part of this look back at Hurricane Sandy, which will be posted tomorrow, will focus more on my personal experience with the storm, which I escaped with home and body intact. I will relate my thoughts before, during and after the storm, share some pictures that I took, and get more specific about the things that I saw personally.