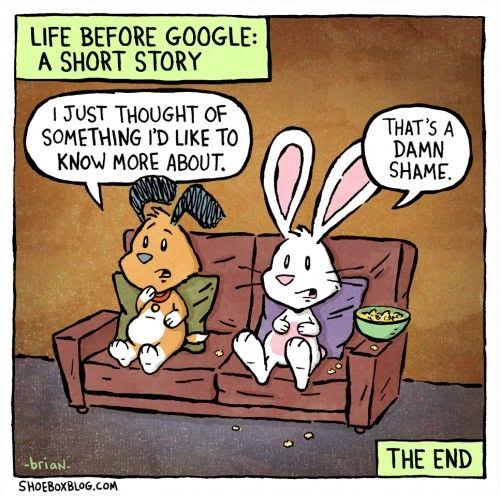 In Nicholas Carr’s 2008 article for The Atlantic titled “Is Google Making Us Stupid?” he presents the argument that the meteoric rise of the Internet has sapped the collective attention span of the human race, negatively impacting the way people find and ingest information, as well as how deeply they engage with their chosen material. While the title of the article is an oversimplification, Carr quite effectively posits that the overwhelming availability of information provided to the world by the Web strains one’s ability to concentrate on any one piece for too long. He relates the decline of his own attention span when it comes to reading, stating that he used to “spend hours strolling through long stretches of prose,” but now finds that his “concentration starts to drift after two or three pages.” Carr attributes that personal decline to the rather intimidating expanse of connected technology, offering that the Internet is “the conduit for most of the information that flows through my eyes and ears and into my mind.” He goes on to make a strong argument concerning the Internet’s effect on the way people read, as it feeds information in an endless stream format, with one bit leading to another, all the way on to infinity. This, Carr argues, is what causes people to increasingly lose the ability to engage in “deep reading,” an act in which the reader pays strict attention to the words on the page, free of outside distractions. However, Carr is making a broad generalization here, as the desire to devour information is just as fervent throughout mankind as it has ever been, it is just that the mechanism for finding that information has largely changed. To that point, if a group of people were randomly chosen off the street and asked about their reading habits, a significant percentage of them would likely admit that they still not only love, but insist upon some time to unplug from all of their connected devices, and get deeply into a good book, in its physical form.

While information, be it for entertainment value or productivity, can certainly still be found in those books, humans now require an efficiency and immediacy that those bound texts cannot always readily provide. Look around, anywhere, and it will be clear that people are constantly consuming words, whether through text messages, social media, news and other online articles, or blogs. The passion is still there, and the content itself, as well as its delivery method has no bearing on the education a person receives outside of any given piece of content. “Stupid” is a harsh designation pondered by Carr, concerning the fear that the overabundance of information at one’s fingertips turns them into a robot, precluding them from having to wonder, or to do any real digging for the information they desire. Carr sets his sights on Google, the Internet’s most powerful and well-known search engine, and its intention to build an artificial intelligence platform. According to Google’s co-founder Sergey Brin, as Carr relates, “Certainly if you had all the world’s information directly attached to your brain, or an artificial brain that was smarter than your brain, you’d be better off.” Carr attacks this notion as “unsettling”, and he would be in good company with that sentiment. There cannot be predicted any positive outcome from robbing the human mind of all curiosity, to have it fed every bit of the world’s available information mechanically. Conversely, the exercise of free will enables people to choose which information they would like to take in, where to find it, how to process it, and with whom to share it. There is no shame in moving from one piece of information to another, absorbing what is needed and moving on. Computers, smartphones and tablets were all adaptations made by humans in order to more efficiently connect with one another, and further adaptations need to be made by content creators who wish to survive in this fast-paced world. Carr even admits at one point that maybe he’s just a “worrywart” and that “just as there’s a tendency to glorify technological progress, there’s a countertendency to expect the worst of every new tool or machine.” All in all, Carr may just be projecting his own failures with concentration on the rest of society, as one only need read the news that the collective intelligence of the world is only increasing by the day, and that world is becoming smaller with the ease of communication and availability of information.