Welcome to the fourth installment of my guide to essential power ballads!

Let’s just all agree that there has never been a voice out there quite like that of Steve Perry…except for that of Journey’s current lead singer, Arnel Pineda, who sounds EXACTLY LIKE HIM. Anyway, this beautiful power ballad slowly builds to a big finale as Perry ponders his life as a touring musician, but makes a vow of faithfulness to his significant other. Undoubtedly my favorite Journey song.

Welcome to the dark side of the power ballad, as Def Leppard delves into jealousy in this moody tune. In this dark offering from Hysteria, lead singer Joe Elliot asks a former lover what her new sex life is like, comparing the new guy to himself in the most voyeuristic way possible. The song is haunting, and is likely quite relatable to a great many listeners who have gone to that place of jealousy and self-righteousness when being forced to move on. 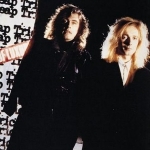 This song has an interesting history. Written by two British songwriters, it was offered to another singer who declined it, and was nearly refused by Cheap Trick as well. The band has not been shy about relating their initial disdain for the song, but they went ahead with it , and it was largely responsible for their commercial comeback with their 1988 album Lap of Luxury. The song was their only #1 hit in the United States, and is one of the greatest power ballads in rock history.

Damn Yankees were something of a short-lived “supergroup”, consisting of Tommy Shaw of Styx, Jack Blades of Night Ranger, and every animal lover’s favorite guitarist, Ted Nugent. The band formed just as the hair metal scene was about to be overtaken, but managed to pump out a double-platinum album on the strength of “High Enough” and several other singles. The song, featuring soaring vocals from Shaw and Blades, and a strong guitar solo by Nugent, tells of the fear most people feel as they start to fall in love, and the immediate regret they feel when they run away.

Winger– “Without The Night” 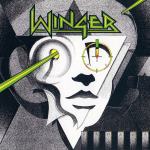 I actually just heard this song for the first time this past summer, and immediately loved it. It flew under the radar, nestled between four hit songs on the first side of Winger’s self-titled 1988 debut. Lead singer Kip Winger assures himself in this seemingly little-known power ballad that he’ll be fine without the lonely night, reminding him of the pain associated with lost love, heartbreak, and separation. His vocals are very strong in this song, as in many others, and are clearly built to fill a stadium. Perfect song for singing along badly in the car.

Come back next week for Volume 5!