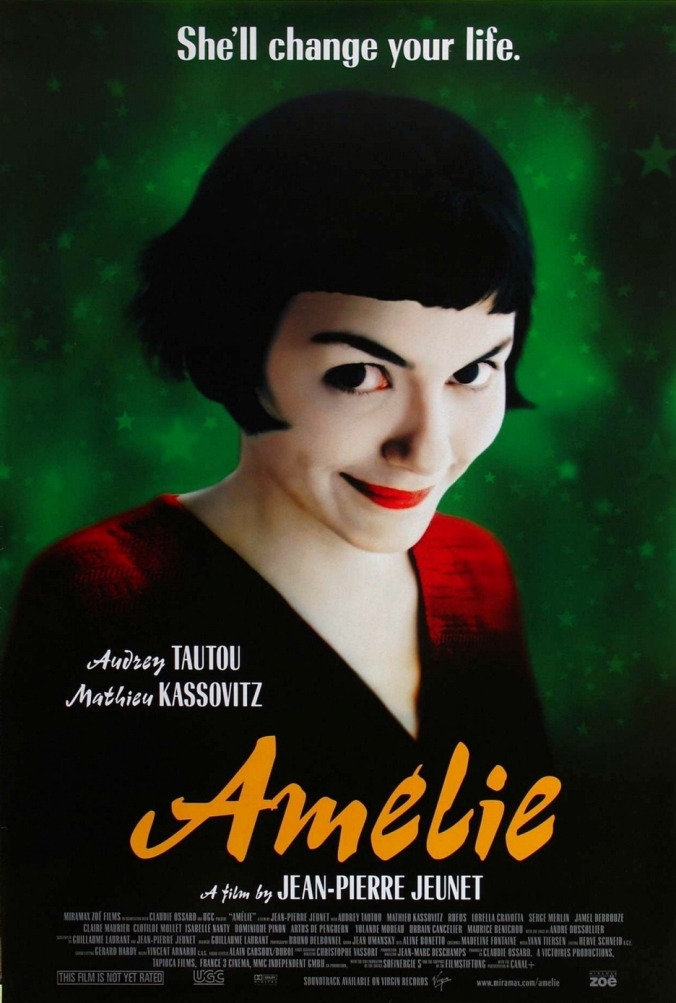 Editing, one of the most essential aspects of filmmaking, is the combination of techniques that combine elements such as visuals, sound and special effects, to create a complete cinematic product. The French film Amélie exhibits a variety of editing techniques that are employed by the filmmakers to convey its story. For the most part, the film’s main storyline uses continuity editing, which is the prevailing method for piecing together shots in modern filmmaking at large. Continuity editing exists for the purpose of creating a logical and smooth flow of shots throughout a film, keeping the plot in line and moving in a particular direction. Conversely, discontinuity editing throws a wrench into the flow by changing the direction, speed or location of shots in an abrupt and sometimes nonsensical manner. Amélie does display some instances of discontinuity in editing, such as in a scene early on in the film in which the narrator is explaining to the audience some of the things that the main characters like and dislike, showing some of those preferences in black-and-white jump cuts. Breaks in continuity can also be found in several montages, as in the scene in which the title character imagines how many people in the world are having orgasms at that very moment, when she watches the crushing sadness of her impending future on television, or when inanimate objects come to life to speak to one of the other characters. Whereas continuity editing is mostly seamless, the aforementioned discontinuity calls attention to itself, enabling the filmmaker to step outside of typical film conventions to make a specific point.

Filmmakers can also convey messages to the audience through the use of sound, which can be recorded during production, or added to the film during post-production. In the case of Amélie, natural sound and artificial sound effects are so prolific that they are almost a character in the movie. In the penultimate scene in which Amélie finally and fully encounters the man that she had been chasing throughout the film, both sound and silence play an important part in conveying the emotion of their rendezvous. As Amélie invites him into her apartment, the viewer hears a loud, artificial crash – a final explosion that puts an end to the cacophony of sound effects that were used all along to emphasize and sometimes exaggerate the actions of the characters and the movement of the world around them. In this pivotal scene, the last sound heard beyond the crash is that of the door closing behind them, a natural sound that is not amplified, and that along with the visual signifies a sort of closure for the protagonist. As the pair engage in a bizarre sequence of kisses, silence takes over, relating that Amélie has finally found peace through the chaos of her journey. The silence here is significant and noticeable because it represents the first time in the film where the utter lack of sound is purposely used to speak to the audience.

Going along with sound in this film, music is used often to express the wonder of Amélie’s world. At times, somber music is played to convey sadness, but mostly, the music heard in the film is playful and quirky, much like what would be heard at a carnival or fair. This type of music works well with the title character’s curious, imaginative, but socially awkward personality. While music can be heard fairly often in the film, it works in conjunction with the sound, natural and otherwise, and is never distracting or oppressive. The cheery carnival music compliments the positive and adventurous themes in many scenes in which Amélie sets out on a mission to spread goodwill into the world. Amélie is a movie that is filled to the brim with sound, all of which is put squarely into focus in order to move the viewer, and it may be more important to the overall feel of the film than are any of the visuals.